Plenty of time, a whole handful of hours left to prep the slides, print off handouts, review the latest draft newsletter, clean a few dozen database entries, put the finishing touches on a post-event mailer, provide comment on a new website layout, tweak a LinkedIn profile, create another one, …flicker, flutter, gone.

Had my to-do list finally blown a fuse? Tripped a breaker? Gone on strike?

It turned out that it wasn’t just an electricity surge, but a full-blown power outage. Caused by butterfly wings. Somewhere in the world, a butterfly took flight, which disturbed the airflow, caused the winds to gather speed, whipped the clouds up into a fury, induced a rain dump on an ancient Douglas fir, snapped the branch, hit the power line that stopped feeding the coffee machine and computer and printer – somewhere else in the world.

The friendly recorded message confirms, there’s no juice and there won’t be any for at least an hour.

What do you do with an unexpected gift of 60 minutes? Rearrange the to-do list; replay the presentation in your mind (you CAN do it without slides); hand brew a coffee (nope, can’t grind the beans); kick yourself for not having charged your phone battery? Stop. This gift came from somewhere, I was getting a message, loud and clear: pause. But what about the deadlines, the expectations, the craziness that is my schedule? Pause. 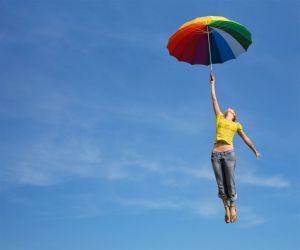 After a very long hour, in which time stood still, the recorded message relayed in a friendly voice that the power wouldn’t be back on for, oh, three or four more hours. Now it was time to put Plan B into action and siphon some kWh from a willing donor. (At this point things become a little complicated; let’s just say that a car battery, power inverters and a looong extension cable revived the computer and printer just long enough to do what was needed in a whole five minutes.)

As I sit here, in a local Starbucks, listening in on the crazed retelling of life-without-electricity stories all around, I am thankful for the words that my fingers are finding on a keyboard powered by borrowed electricity, a frothy cappuccino by my side. I’m collating the content, although I can’t share it right away, since even Starbucks wifi isn’t immune to butterfly wings.

8 thoughts on “The time that time stood still”

This site uses Akismet to reduce spam. Learn how your comment data is processed.